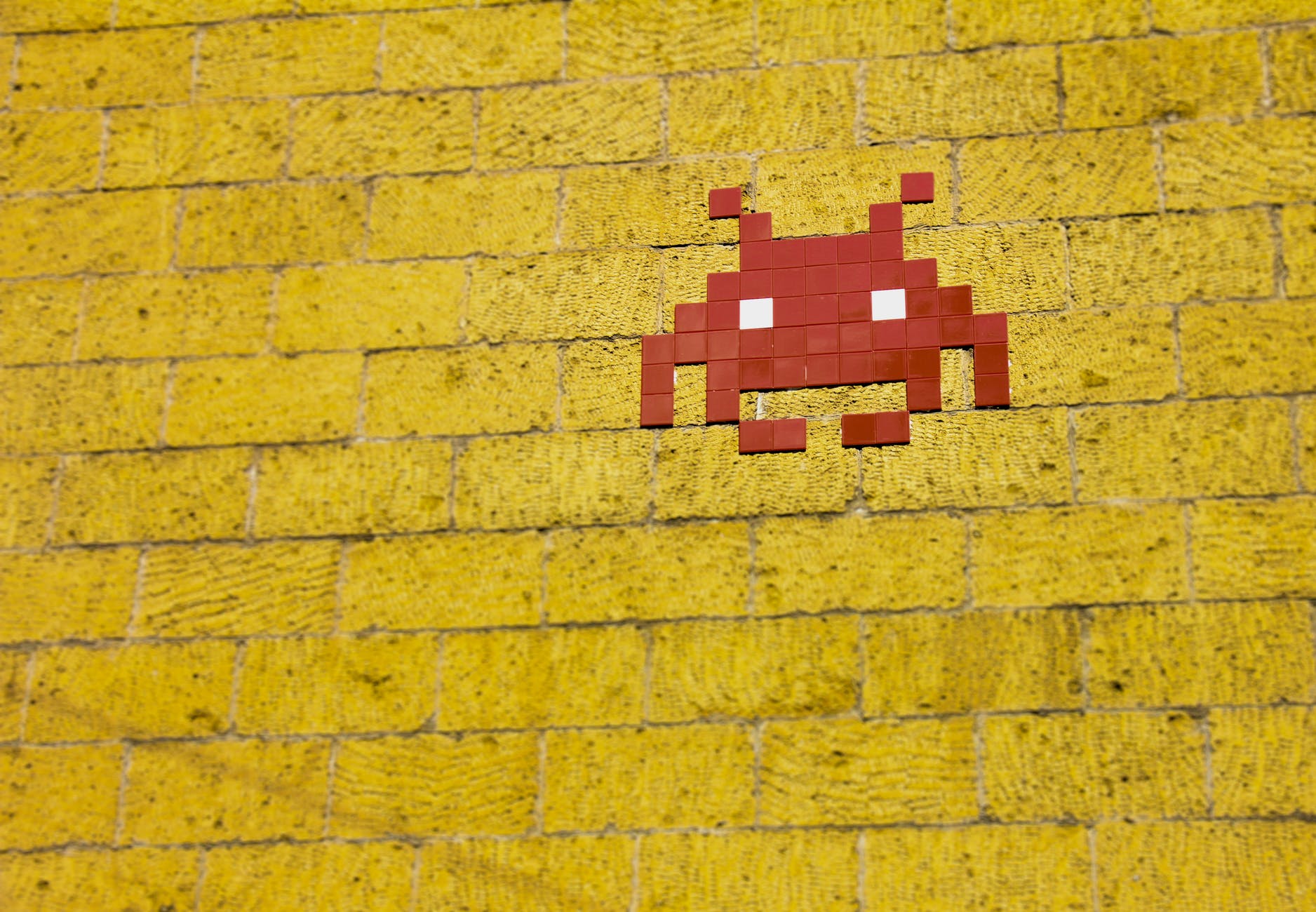 Home > Blog > Posts > What does game localization stand for?

What does game localization stand for?

Whether you already have a foothold in the video game industry or are looking for ways to launch your first project onto the market, game localization can help your cause exponentially. Localized games with different language options are bound to not only attract more players but also perform better in terms of search ranking, advertisement potential and long-term monetization.

However, just like porting a game from iOS to Android isn’t straightforward, game localization does require the development team to take several things into consideration during the game’s production. That being said, let’s take a look at what makes game localization so special, the different types of localization, as well as how you can localize your own game and seamlessly retrofit it for different regions.

The Definition and Benefits of Game Localization

Let’s start off by defining the terminology before we jump further into localization and its many quirks. Localization is different than translation – this is one of the first mistakes many developers make when introducing new language options to their games and applications. While translation consists of 1-to-1 translation of UI elements and written/voiced content into another language, localization takes cultural and regional differences into consideration.

For example, if the color black represents sadness and death in one culture and takes on a different connotation in another, your game’s performance in that region might suffer due to literal translation rather than localization. In this case, localized content will take the cultural factor into consideration and change the color black to something else which communicates your development team’s original idea for the game’s concept.

The benefits of localizing your game into different languages are numerous and revolve around both UX and revenue generation. If we break them down into a list, they would include but not be limited to:

Now that we have a better understanding of what game localization represents, let’s take a look at several different types of localization which you can opt for in your game’s development. Depending on your budget, manpower and timeline, localization can be approached from different angles and in a variety of ways.

Your choice of languages will also play a large role in which game localization approach you take, so make sure to audit your resources and project requirements before you approach localization in a larger capacity.

Crowdsourced game localization revolves around your cooperation with the game’s follower base and gamers across the world. If your team is small and lacks a serious budget for outsourcing, crowdsourcing might be a great way to retrofit your game for different languages at a fraction of the cost. While crowdsourcing may not appear professional at first, gamers can often localize video games better than dedicated translators due to their innate ability to spot what is and isn’t important in every element of UI, dialogue and game world.

You can set up a crowdsourcing localization project via collaborative platforms such as Trello or Asana, and invite gamers to contribute to your project in their spare time. In return, you can offer the participants in-game goodies and benefits which will help them get started with their avatars or gamer profiles once your project is published on iOS and Android stores respectively.

Outsourced localization
On the other hand, if you are developing a large game with RPG elements, open-world content and vast quantities of dialogue, outsourcing may be your best bet. Outsourcing your game localization to a professional platform such as The Word Point will effectively grant your game a seal of quality, unlike crowdsourcing, which may or may not result in perfect results.

However, outsourcing does require more resources on your part as you will effectively cooperate with another agency on ensuring that your game is playable and understandable in a variety of languages. If you want to appropriate your game into numerous different languages and access vastly differing markets across the world, outsourcing might be the best choice for your project.

When it comes to the actual game localization process, it can also be approached in a variety of manners depending on your intentions and future plans as a game developer. Partial UI localization without any additional translation may be appropriate for basic play ability – but nothing more than that. Gamers who wish to familiarize themselves with your game’s world, mechanics and dialogue will be left wanting more, which can reflect poorly on your performance and public reception over time.

However, games like Solitaire with basic mechanics such as match-three titles and logic-based puzzle games might not need any additional localization past the partial UI retrofitting. Again, the final decision will be left up to your team’s best judgment, but partial UI localization without any further translation should only be chosen if you are drained of funds and close to the launch deadline.

Localizing both your UI elements and game’s content such as dialogue, item descriptions and tutorials will work wonders for your game’s performance on the market. While it will take more time to do correctly than the prior option on our list, more gamers will be able to enjoy your project across the globe.

It’s worth noting that the more languages you choose to localize your game into, the more time, resources and revisions it will take to get the localization right. After all, launching a game with typos, grammar mistakes and text outside of its UI boundaries will reflect poorly on your reputation as a developer.

Fully localizing your UI and content, both written and spoken, is the best course in terms of UX. Depending on your game’s genre, voiceover localization might also be on the table in regards to retrofitting your project for different regions. Games with voiceover typically fall into the RPG category and offer a plethora of monetization opportunities, making the initial investment worth the effort.

However, it’s important to understand the scale of such an undertaking, as it will require you to record lines of dialogue in various languages and then implement them into your game prior to its publishing. While adding languages post-launch is entirely possible, the initial “FOMO” effect will dissipate and many gamers will simply play the game in English or the native language and call it a day, making the investment worth less than initially estimated.

Game Localization – How To

The first order of business in terms of game localization is to simply decide on the languages you want to retrofit your game into. According to Gamasutra and their 2019 statistics, the most popular game localization choices include German, French, Spanish, Italian and Portuguese, in addition to Turkish, Malaysian, Hindi and Chinese as the most prominent emerging game localization languages.

The languages you settle for depend solely on your team’s vision, monetization plans, long-term game support and the resources available to you pre-publishing. It’s best to settle for fewer languages if your development team is small rather than to stretch too thinly between multiple choices and pay less attention to each as a result (see our discussion on the types of game localization).

2. Set up your UI Elements

In order for your game localization to go as smoothly as possible, you should start appropriating your UI elements for the process as early as possible. Elements such as your game’s dialogue boxes, descriptions and tutorials should all be taken into consideration when it comes to the design of UI and pixel-spacing available in your game.

Different languages will require various amounts of pixel space in order for the words and sentences to fit your UI elements smoothly without variations in font size and spacing. With that said, leave plenty of white space in your UI elements for different word lengths to allow for additional language options to be added later in the development.

Given the public nature of your game’s advertisement and lead generation, your game description should be localized into the same languages as the game itself. Your game’s description will often be the decisive factor in whether or not individual gamers download or purchase your game from the iOS or Android app store respectively.

Make sure that your description uses the same vocabulary and lingo as the in-game localization to allow for organic connection between the two and to create a sense of cohesion for the gamers. Similarly, a localized game description will help your game rank better on global storefronts and attract more gamers as a direct result.

4. Be Open to Feedback

Once your game is published and available to the public, you should leave space for further improvements and feedback from the userbase. Make sure to listen to feedback, comments and suggestions from your international community as it will help you refine the game’s localization further and allow for more cohesion between different languages despite the differences in culture, lingo and vocabularies.

Likewise, your international userbase will undoubtedly have more suggestions on which languages to localize your game into, extending your reach further. Working closely with your community will ensure the longevity of your game, its monetization, as well as give you the opportunity to add new features, content expansions and bug fixes in the indefinite future.

While game localization may seem like a waste of resources at first given the lingua franca nature of English in today’s gaming world, it’s important to consider the millions of players who don’t know English as well as it may seem. Game localization can effectively lower the barrier for entry for non-gamers and constant gamers alike and improve your game’s accessibility across the board, making it more competitive on the global market as a result.

Explore different languages and territories in which your game might find a sustainable following before opting for full localization. Before you know it, you will have found a passionate gaming audience which will help support your game for the foreseeable future.
Image source: